Kremlin’s disinformation operations constitute a direct threat to democracies – both stable and emerging. They are aimed at undermining stability of our societies and  manipulating our opinions and choices. The strategic objective such campaigns pursue is to weaken and destabilize governments, targeted by destructive influence.

In most cases, these operations go by a similar plot.

As a totalitarian state, Russia has always been elaborate in crafting and implementing information influence and disinformation campaigns, the so-called “active measures”, targeting the neighboring states. Their tactics had been perfected back in the Soviet era, by the infamous KGB. The New York Times in its piece entitled The Seven Commandments of Fake News highlights the following elements of such operations.

Look for cracks in the target society, social divisions you can exploit and wedge open – economic, regional or linguistic ones. Look for ways to emphasize those divisions and actually make people lose trust in one another.

Create a big bold lie. So outrageous no one could possibly believe that was made up.

Rule 3. A kernel of truth

Wrap that lie around a kernel of truth. Propaganda is most effective when there’s a little bit of truth in it. Then disinformation is eventually accepted as a whole.

Conceal your hand, making it seem like the story came from somewhere else. When people start searching for the original source, make sure they never realize it’s you who stands behind it.

Find yourself a useful idiot, someone who would unwittingly take your message and push it into the target audience.

If someone is trying to expose your efforts, deny everything even if the truth is obvious. This works well because our attention span is quite short, that is why denial provides enough time until the next news cycle kicks in.

Be prepared to play a long game and put large resources into things that may not bear fruit for many years to come.

Now that we know how an info-op is mold, we can have a better understanding of how it’s implemented.

The tools, techniques, and methods applied by the Kremlin became more flexible and inventive over time, targeting specific social groups.

A visible change in Russia’s approach to information operations was observed in 2008, after the invasion of Georgia, when the Kremlin realized it had failed to provide proper media support for its aggression. Since then, Russia has been actively developing a hybrid war strategy. In 2014, the Kremlin got an opportunity to showcase new methods during the illegal occupation of Crimea. Since that time, disinformation targeting other countries has become Moscow’s main foreign policy instrument.

Now the term “information operations” is often associated precisely with Russia. Moscow considers the Eastern Partnership region a zone of its priority influence. To increase this influence on its closest neighbors, the Kremlin, instead of applying “soft power”, opts for blackmail – political pressure, economic blockades, hybrid disinformation, and direct military intervention, as was the case in Ukraine. And of course, other members of Eastern Partnership remain at Moscow’s crosshairs – that’s, first of all, Belarus, Moldova, and Georgia. Moreover, both in Ukraine and Belarus, Russian money is actively used to gain control over regional and national media.

This led to Russia becoming the main source of global disinformation spread, due to their strategy of hybrid aggression. Moreover, the closer other countries are to Russia’s borders the more acute is the looming threat emanating the Kremlin and the more they need to cooperate to develop countermeasures.

Among the peculiar features of Russia’s information operations in the region is sowing chaos in the media space, compromising truth, and employing a large number of different channels through which either half-truths or outright lies are fed to target audiences. At the same time, Russian propaganda uses numerous sources, massive repetition, and various arguments to explain their point.

Modern Russian propaganda is rapid, continuous, and cyclical, being able to quickly respond to the latest developments. Due to the fact that the Russian media set no goal to cover the objective reality, they need no additional time to verify facts and confirm opinions – they simply spin their own interpretation of events and fake news.

At the same time, it is precisely those factors that make such a propaganda model effective, at the same time complicating the development of countering mechanisms. The wide range of narratives and multiple channels for spinning them ensure the stability of the entire Russian propaganda system if their adversaries succeed in discrediting and blocking its individual elements. Also, fabricating false facts is much less time-consuming than fact-checking work.

Very often, Russian information operations are accompanied by military saber-rattling and pursue an escalating domination strategy (massive army drills, provocations at the border, cyberattacks, sabotage, and intelligence operations). Their goal is to bring tensions to a boil only to coerce other countries to negotiations with and, perhaps, concessions to Russia.

Although in the core of Russia’s information operations lies a limited set of methods and tools, the Kremlin is highly flexible in their application. Thus, prospects for countering their individual elements and manifestations are limited.

The problem primarily lies in the fact that we most often try to act reactively, trying to respond to what has already happpened. Deconstruction of disinformation is certainly crucial for grasping the mechanisms the Russian propaganda machine employs. However, we need to shift to a range of more proactive measures and cooperation in countering information aggression.

Since Russia entered the active phase of conducting information operations in order to achieve foreign policy goals, the expert community, government agencies, international organizations and businesses have been trying to find effective mechanisms to neutralize them.

Governments recognize that the media and information as such are strategic national assets. Any encroachment of these assets entails liability. Besides, coordinated sanctions should be considered against foreign officials at the helm of government agencies waging an information war.

There have been positive practices where non-profits – independently or with government support – work to identify fake news and propaganda narratives, designing tailored methods for exposing them.

Also, other protective mechanisms to prevent misinformation should be strengthened.

A promising area is to boost media literacy. A well-informed society, media, and government contribute to ensuring greater resilience to foreign disinformation campaigns.

Initiatives aimed at improving media literacy and critical thinking should explain the mechanisms of infowars, the developed methods of counteraction, goals and objectives of Russian information influence, as well as threats it is posing.

To this end, targeted campaigns should be carried out to raise awareness of misinformation implications, and to educate audiences in order to protect the integrity of election campaigns.

Effective counteraction also requires joint efforts on the part of governments and civil society, based on mutual trust. It is the destruction of such mutual trust that the Kremlin propaganda seeks to achieve in targeted democracies.

To this end, resilience to disinformation must be developed – in order to withstand external pressure and falsification. This means that governments have to constantly adapt to the latest developments through legislative changes, launching government programs for youths to improve media literacy, supporting civil society organizations working to expose misinformation, as well as strengthening national media markets.

It is also necessary to improve communication between government and public, which will make all of the said mechanisms much more efficient.

Another effective countering mechanism is to expose active measures in the information field.

Joseph Nye argues that the best defense against authoritarian regimes applying “acute force” is to expose such attempts and make them public.

In this regard, it is advisable to analyze and dissect the methods of influence Russia has been using, as well as develop basic scenarios for countering them. This will streamline the efforts to identify them at the times of political instability, especially during election campaigns.

In such circumstances, it is advisable that the best practices for identifying and countering Russian disinformation be adopted, as well as researching Kremlin’s tactics, especially by countries where Russia employs similar mechanisms.

For example, to Belarus and Ukraine, where the Kremlin has been exploiting factors of linguistic similarity, common borders, and common parts of historical past, information aggression is a constant threat. In order to minimize Russia’s hybrid meddling in these countries’ media space, it is feasible to create own, alternative expert agenda.

It is important to take further steps to reduce Kremlin’s resource potential in the information field across the Eastern Partnership countries.

It should be noted that the EU prefers non-legislative initiatives and self-regulation. The main trends of addressing the issue at the level of pan-European institutions are as follows:

Assessing the problem’s extent and possible impact on the electoral system and elections;

Intensifying efforts in the private sector;

Building up communications between EU institutions and national governments, as well as coordination directly between member states; and

According to Daniel Bartha, Executive Director at the Center for Euro-Atlantic Integration and Democracy (CEID), although this may sound obvious, not much effort has been made to set up basic cooperation in most of the affected countries across the region.

Six years into the start of hybrid confrontation, Russia has been actively enhancing its tactics, although its strategy aimed at sparking and deepening contradictions in other countries remains unchanged.

However, a clear understanding of the aggressor’s goals, the ability to predict possible directions of Russia’s information attacks, and the use of accumulated positive experience will ultimately help in building an effective system to counter hybrid aggression.

Illustration by Lincoln Agnew for TIME

Also is available on iSANS

This article is published as part of the Prospect Foundation project “Online Media Literacy for Editors and Administrators of Social Media Public Pages”, managed by iSANS and supported through grants from the International Visegrad Fund. A Russian version of this article will soon be available on Reform.by. 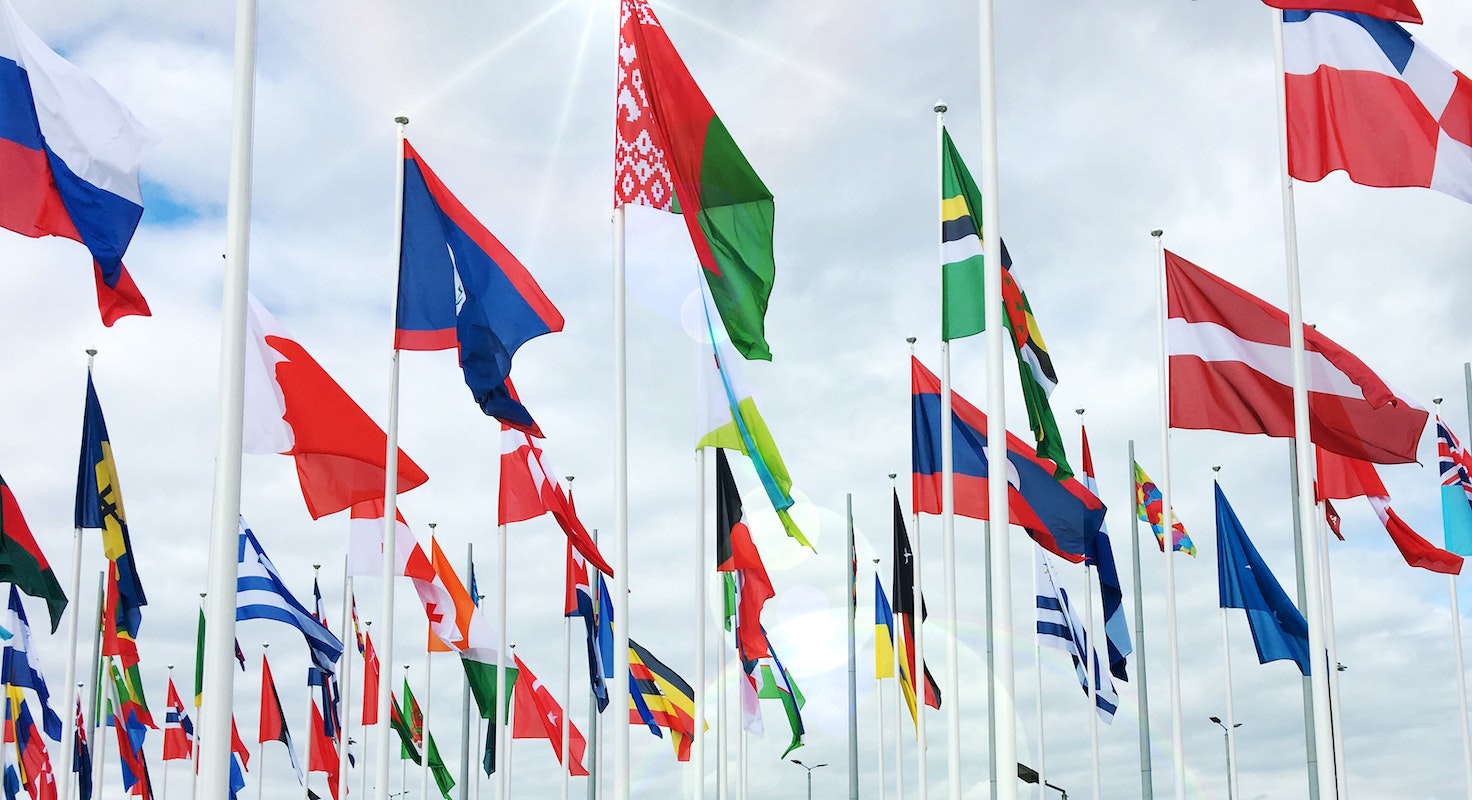 27/06/2021 Читать на русском At a meeting in Luxembourg on June 21, the EU Council adopted the fourth, most extensive...
Read More 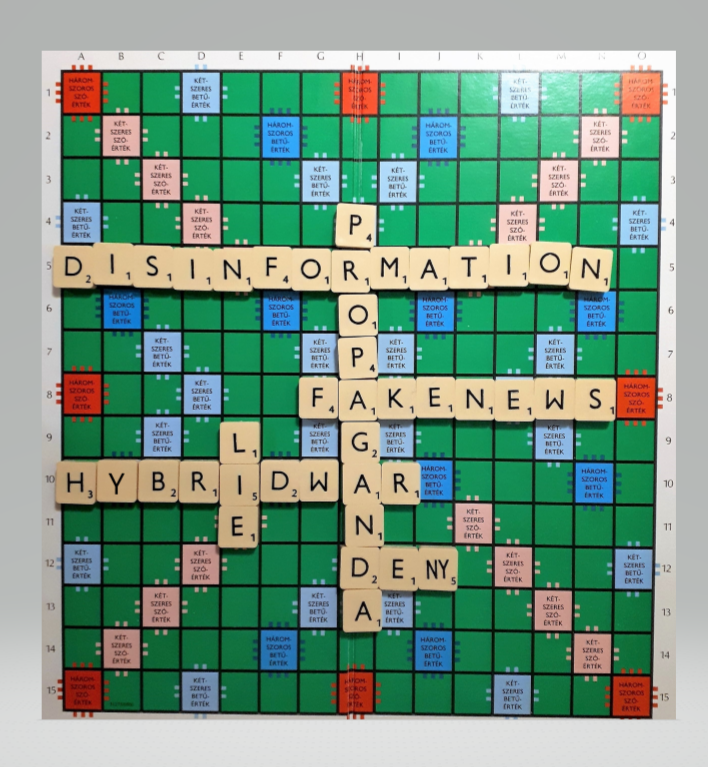 The evolution of Kremlin influence on Belarus after August 2020 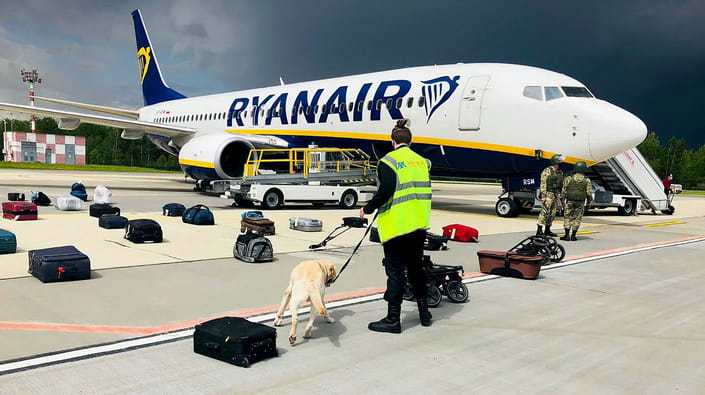 Splitting up the Belarusian protest. How the Kremlin uses Telegram 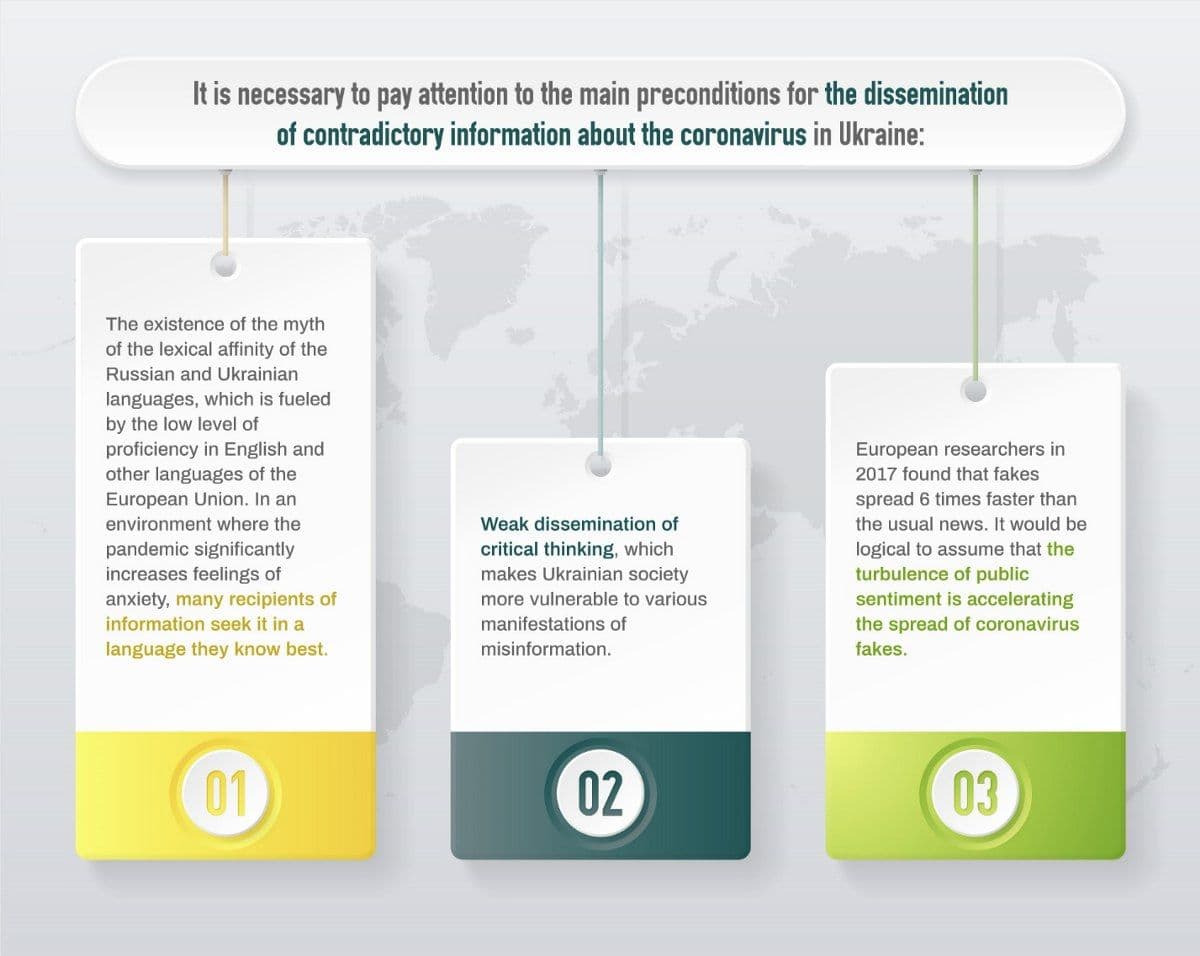 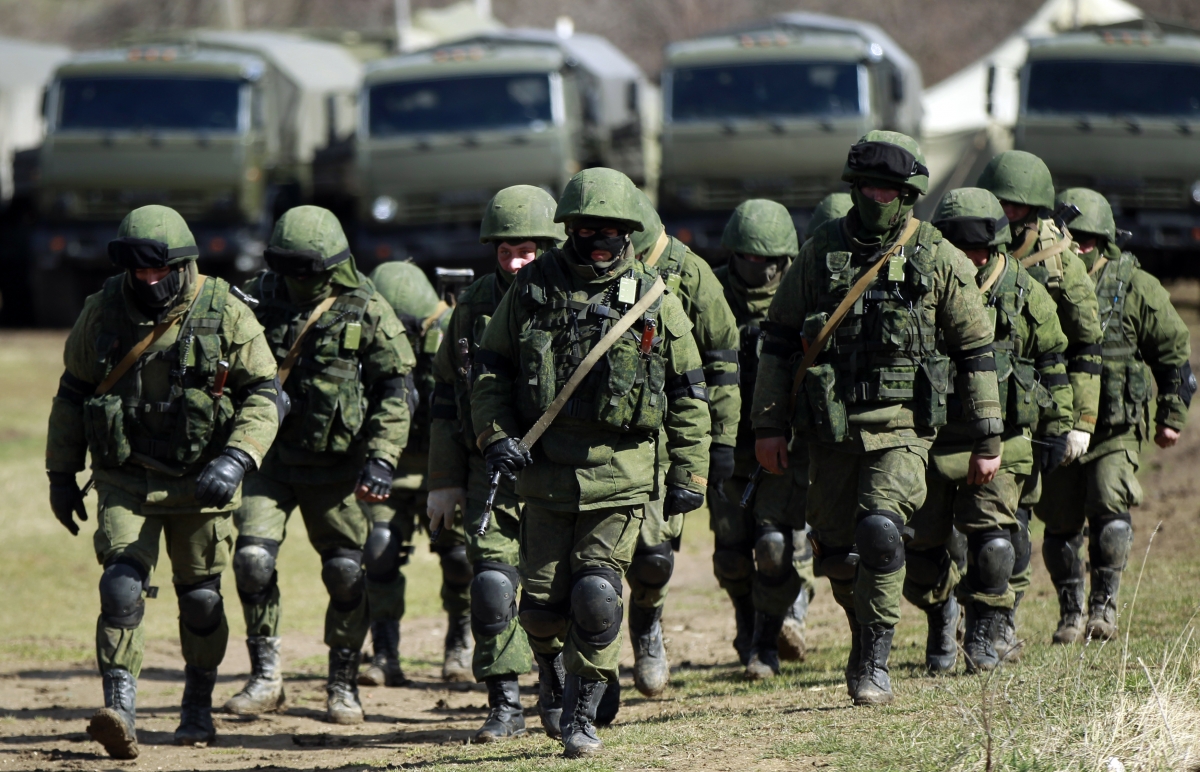